Veenhuizen indeed has a vast heritage, so now the aim is to get it classified as a World Heritage Site. The former penal colony is on the UNESCO preliminary list of World Heritage Sites. By the way, together with six other ex-colonies: Frederiksoord and Wilhelminaoord in Drenthe, Willemsoord and Ommerschans in the province of Overijssel, and the colonies Wortel and Merksplas in Belgium. The six once together formed the Colonies of the Maatschappij van Weldadigheid (Society of Humanitarianism).

Now they materially and immaterially tell a unique story of an extensive experiment to control poverty. A lot of hard work is done to carefully restore and find a new destination for the monuments in Veenhuizen.

It already resulted in the village receiving the international EDEN Award in 2011. EDEN stands for European Destinations of Excellence and is an initiative of the European Commission. In 2011, the theme was to find sustainable new destinations for local heritage sites – a theme that could not be better for today’s village of Veenhuizen.

Hopefully, Veenhuizen will get the UNESCO status in 2018, so that the future of the unique heritage of the colony will be secured. 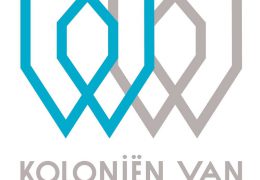